You guys, I struggle with FOMO. If you’re not hip to this internet born acronym, FOMO is the Fear of Missing Out. I enjoy picturing FOMO as the quiet, intriguing older brother of Peer Pressure. No one warns you about FOMO because he isn’t as loud or obnoxious as Peer Pressure. Peer Pressure is busy trying to convince you to go skinny dipping at your friend’s cottage because it’s totally freeing to be naked at midnight with 18 of your friends and all the critters that live in the lake.  While FOMO is casually Instagraming a photo of this rad new art gallery-meets-event-space-meets-indoor-waterpark that just opened around the corner from his big, modern loft.  Everything FOMO is doing seems like something that you should be doing too. FOMO can convince you to do pretty much anything because he is cool and he is everywhere. Oh, did you want to stay in bed and watch Netflix and drink wine and eat cookie dough? FOMO has plans that you cannot say no to.

I am slowly trying to minimize the decisions I make based off of FOMO. My most recent triumph was opting out of running the Pittsburgh Half Marathon.    If you know anything about my relationship with running, which is essentially like Daria Morgandorffer’s relationship with volleyball. you would be shocked to know that I was seriously considering committing myself to the half marathon.

I had a brief stint in 8th grade track where I ran hurdles and did the long jump.  Usually, I was at least an entire hurdle behind everyone else in my heat. Once, I didn’t even hit the sand pit during my long jump attempt.  In high school, our pom-pon coach forced us to run a mile every morning during band camp. You could find me grumpily walking my required mile.  I was moody until at least lunch time because of this. The only time I would up my pace to a light jog is if the boys’ soccer team was also on the track.

Recently, I’ve given in to an occasional jog with a pal or two.  This usually consists of a couple miles around our old neighborhoods; nothing too strenuous.  How did I get from a casual jog to considering signing up for the half marathon? Everyone I know is running half marathons or marathons. Or at least, that’s what it feels like.  All my high school friends signed up to run the Pittsburgh half and marathon. Jithu has run a few different half marathons and updates me on her training plan for her upcoming full marathon in Philly.  Marathon running is having its 15 minutes of fame right now. My social media feeds are filled with post-race photos of medals and victory beers.  I convinced myself, momentarily, that this was something that I wanted to do too.  I wanted the feeling of accomplishment that I was seeing on those sweaty, smiling faces.

I was discussing the idea of signing up for the half marathon with my friend who has run several marathons.  She had some great insight that brought me back to my senses. She said, “You like art and fashion and are perfectly happy being able to run 3 miles which is great too!”  Yes, yes, I do like those things!  I don’t need to run the marathon to feel a sense of accomplishment or experience joy.  It’s just not something that I’m into and that is ok. I was able to find my own way to participate in the marathon by being a spectator.  It was awesome to see my friends finish all those miles!  I got super sensitive and teary watching people cross the finish line holding hands or when a child was running the last stretch with her mom.  In no way did I feel like I was missing out by being on the sidelines.

I am proud of myself for not giving into FOMO and his subtle manipulating ways this time. I’m hoping to be able to continue to limit my FOMO based decisions, but there is nothing wrong with giving in occasionally. Buffy the Vampire Slayer will still be there for me to binge-watch after I check out that new art gallery-meets-event-space-meets-indoor-waterpark. 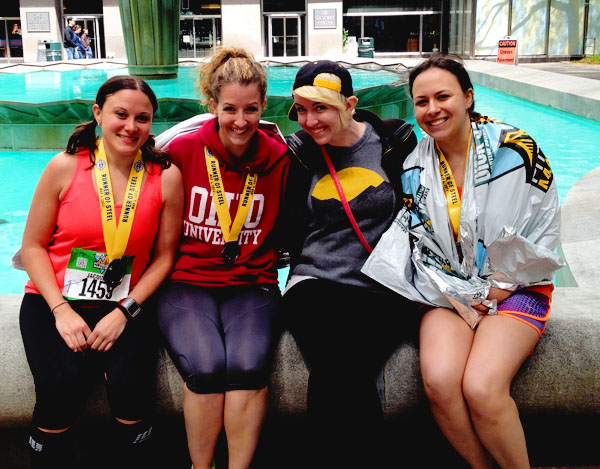 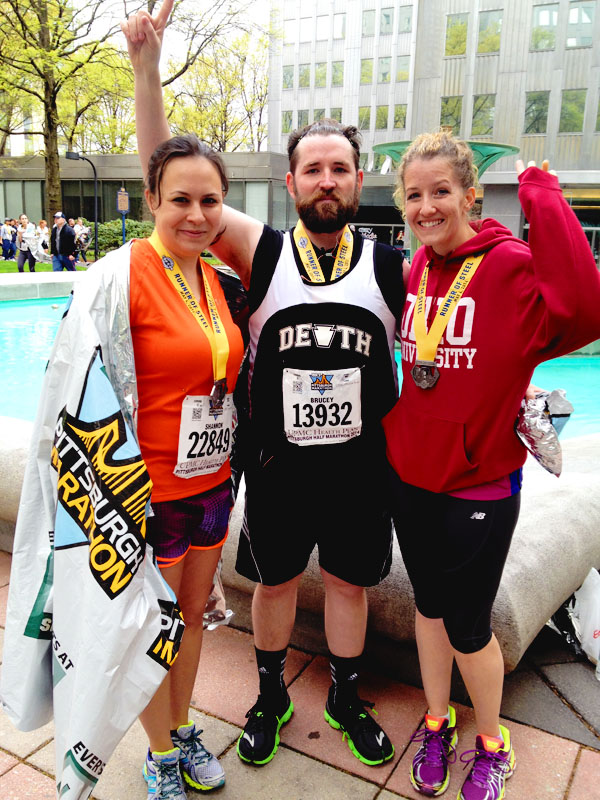 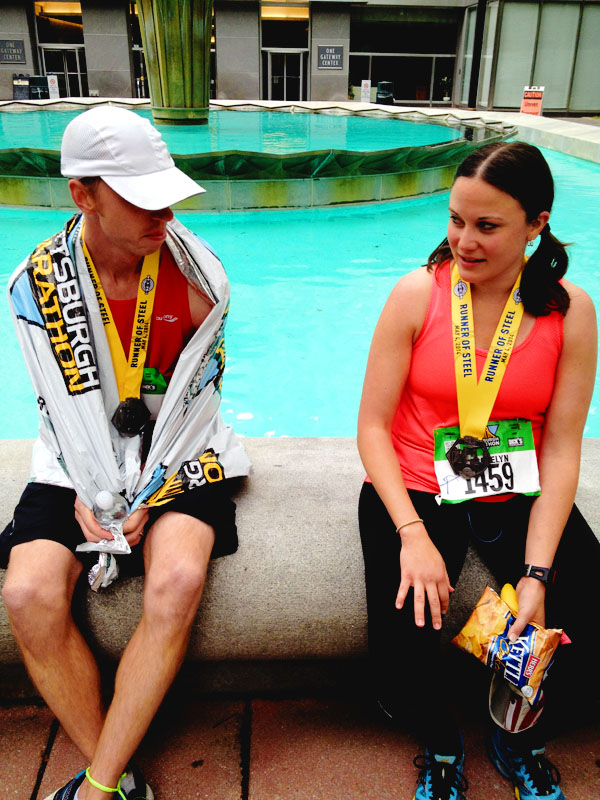